A few months ago during the winter, a woman walking her dog around her neighborhood found a litter of kittens. They weren’t older than a day or two. Their momma obviously abandoned them and they were almost frozen solid in the harsh weather conditions.

Concerned about their state, the woman called a rescue shelter which rushed to save the kitties. They were given to a foster mom determined to save their lives. She used heater vents in her cars to help the poor souls. No one thought they would survive, but the three kittens somehow stayed alive.

Out of the three, one needed the most attention. The poor kitten couldn’t eat and was losing weight fast in the coming days. The foster mom, Nikki, was sure that the poor kitty would die. Every moment was touch and go for Bagel the kitten, but after a few hard days, it eventually started eating. Bit by bit, Bagel grew stronger until she grew up into a strong and feisty character. 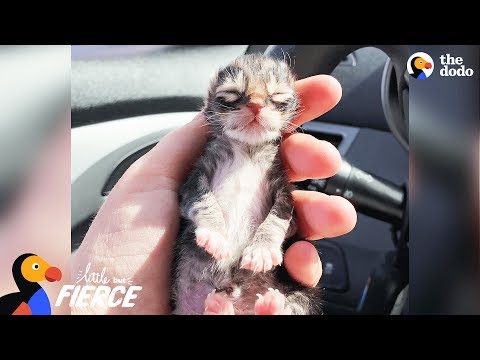 See Also:   The adoption of their kittens left these four mother cats alone.

No comments to show.

Powered by WordPress | WP Magazine by WP Mag Plus